Originally the painting was made up of 21 postcards painted by Sergio Bianco to form a single painting.
The painted postcards were written by the artist, had first class stamps put on them and were sent day by day
under the control of the Ruta di Camogli post office to the central office of the Italian Post Office in Rome.
The office in Rome sent back the same postcards to the sender in two consignments that were documented, losing 2 out of the 21 postcards.
The painting was exhibited with two holes. 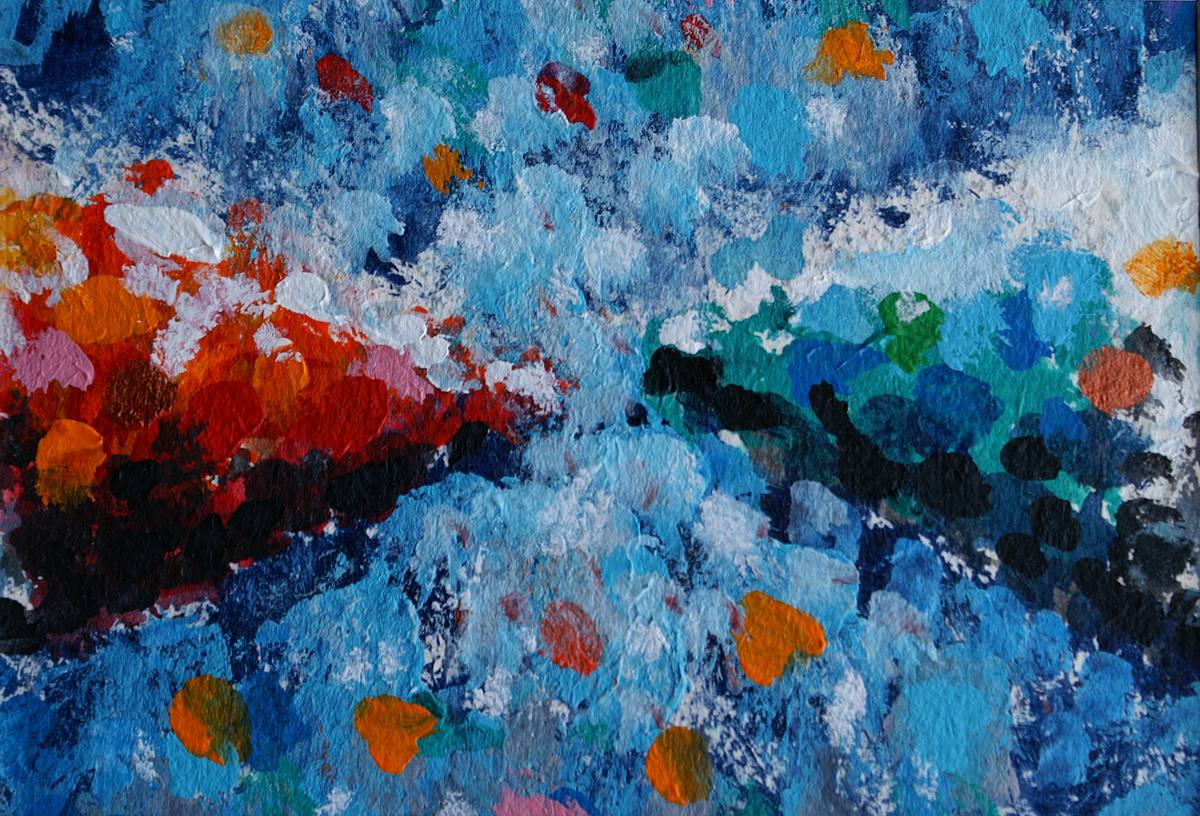 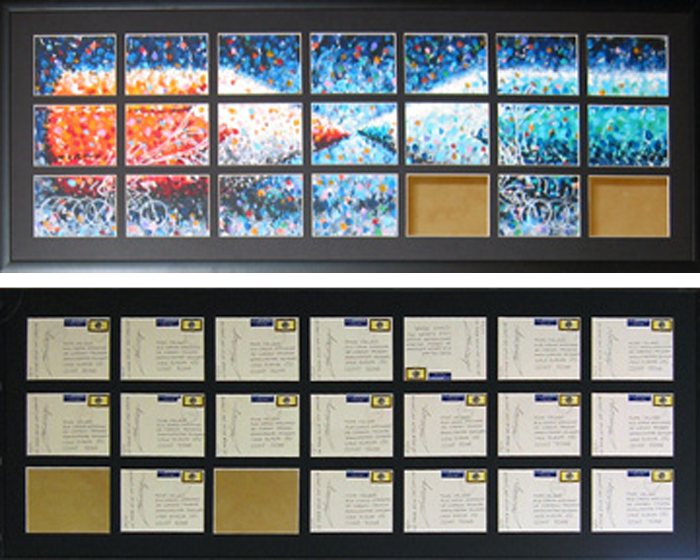